Columbus, Ga. has a long history as a bustling business community. After all, Columbus was founded in 1827 specifically as a trading town by the General Assembly of Georgia.

What began as a pitched tent encampment would by the end of 1829 become a town with more than 1,000 residents. It was business that brought us here, and business was good.

So good, in fact, that in a mere 20 years removed from the simple surveying of streets, it was clear that a board of trade was needed to not only advocate on behalf of the established business community’s best interest, but to also foster an economic environment that would welcome new businesses to the area. So, in 1847, the Greater Columbus Georgia Chamber of Commerce was formed as the Columbus Board of Trade. 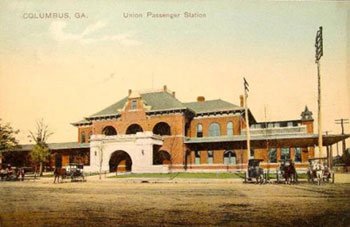 And ever since that day, the history of the Chamber of Commerce has mirrored the history of Columbus itself. When we earned the nickname the “Lowell of the South,” when Fort Benning began its heroic march to excellence, when Pemberton developed the recipe for Coca-Cola, when the 1996 Olympics brought the world to our home, the Greater Columbus Georgia Chamber of Commerce stood side by side with the city fathers, the business leaders, the community managers, and skilled citizenry who helped weave our hometown dreams become into the fabric of our history.

Columbus has come so far from that small mill town on the western edge of Georgia on the Chattahoochee River. We are now experiencing one of the greatest and most accelerated periods of growth our city has ever seen. From Partners in Education to the Valley Partnership an economic development engine that covers seven counties, two cities and two states, Base Realignment And Closure to the white water rapids, Columbus’ future is about to arrive. And the Chamber should know.

We’ve been here all along.